Home Gaming Where the hell is Below?

Below is a game that I’ve been looking forward to for quite some time now. Five years in fact. That’s a pretty long time to be waiting for an indie title after it’s already been announced. It’s been featured at five E3’s, had several release windows, but never an exact date. Every year since it’s announcement I’ve hoped that this year will be the year. That Below will finally see the light of day. I will play it and it will be glorious. But every year Below disappoints me. I see that little snippet of gameplay on XBox’s E3 stage during the indie showcase. My eyes begin the glimmer in the light, but alas, it is not time.

So what’s the holdup? What excuse could there possibly be for this kind of a delay? Especially when you consider that Below looks incredibly similar now, to what it did when it was first announced back at E3 of 2013. But before I get into all that, in case you haven’t heard of Below, let me explain what it is and why you should be excited about it.

What the hell is Below?

Capybara Games are the creative minds responsible for Below. The team behind Superbrothers: Sword and Sorcery and Super Time Force Ultra. In the last decade or so they’ve garnered a fair amount of respect from the industry. They create games with style and character. Below is no exception to that statement. You play as an unnamed wanderer who arrives on an island. You’re not told what to do, or how to do it. The game starts and you need to figure it out. There is an immense emphasis on player progression through exploration and experimentation. You need to learn how to fight, craft and navigate your way through the ever-evolving passages that lie below (see what I did there?).

It’s an action adventure with heavy roguelike tendencies. The character you play as has one life, and one life only. When they die, a new character will take their place and you will start from the beginning. You can fight your way back to your body, but that’s easier said than done. The world is procedural. It’s different every time. It’s unforgiving and demanding. To top it all off; Below has a gorgeous geometric art style and sound design that will haunt you whilst it soothes you. God, I can’t wait for this game!

If you’re a fan of The Binding of Isaac, Rogue Legacy, Hyper Light Drifter,  or of course, the game from which every dungeon crawler ever is inspired, The Legend of Zelda, this is a game for you. 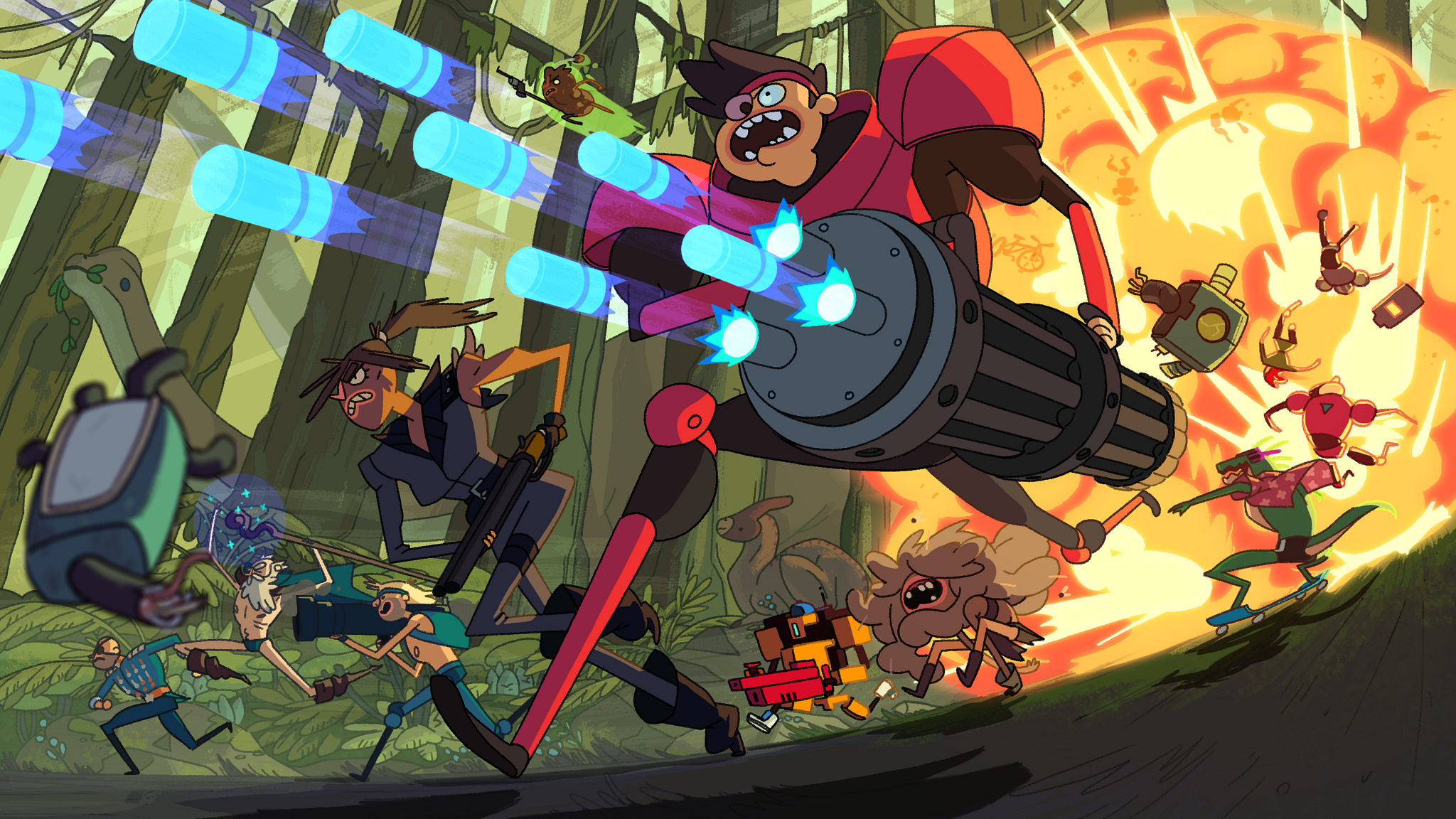 Okay. Now you’re excited about the game. But where the hell is it? What happened to it? Well, Capybara Games is a team of just 12; and since Below’s original announcement they’ve released several games. Attentions have clearly been diverted. It’s possible that Below was going through some development troubles and the team just decided to take a break and focus on other projects. Refresh themselves. Gain some more experience and come back to, Below when they were ready. Maybe the team knew that Below wasn’t going to be out for a while, so they focused on other projects with quicker turnarounds to keep the lights on.

Honestly, there’s a whole smorgasbord of possible reasons for delays. The important thing is that the team, for the last couple of years, have put their heads down and decided to focus on the completion of, Below. In an E3 interview with, Geoff Keighley, Capybara Games’ President, and co-founder, Nathan Valla said that the game will be releasing this year (that’s 2018 for all you future kids) and he sounds pretty confident in that statement.

Nathan also talked about the delay (after Geoff brought it up), and he acknowledged that the time between announcement and release has been somewhat ridiculous. Which is no surprise. If there is anyone that feels the delay of a game, it’s the developers. All they want is to be able to put their game in your hands. Making games is a lot of effort, boys and girls. They want to know that it’s all been worth it. Anytime time they have to push back the release of a game, it delays that feeling of gratification. Not to mention that they’ll need to spend even more money before they see a return of investment.

It looks like 2018 is the year that Below will finally release. There’s still no exact date yet, which doesn’t exactly fill me with confidence, but I’m going to choose to believe anyway. Mostly because I think my heart needs me to. Please, Capybara Games, release the damn game. If not for me, then for the children.

We Were Here Together PC Review