Josef Fares is a name that you’ve probably become quite familiar with over the last year or so. First with his excited appearance on EA’s E3 stage in 2017 to announce A Way Out, and second with his “F*ck the Oscars” speech at the Game Awards of that same year. While he may have presented himself as somewhat of a loose cannon, Josef deserves far more credit than that.

Through much of the 2000s, Josef spent his time directing films. Five in fact. Some were comedic, whilst others focused on things a little more serious and closer to home. Namely, Zozo, which was released back in 2005. A story of a young Lebanese boy fleeing from violence in Beirut with his family; but after being separated by acts of terrorism, the boy manages to immigrate to Sweden where he must adapt to a way of life that is far different to what he is accustomed to.

When writing Zozo, Josef clearly took inspiration from his own life. At the age of ten, he and his family fled from the civil war to live in Sweden. It seemed as though choosing to be more open and personal with his storytelling was the right choice. The film even won the Nordic Council Film Prize in 2006 and was also nominated as Sweden’s representative for Best Foreign Film at the 78th Academy Awards.

From One Medium To Another 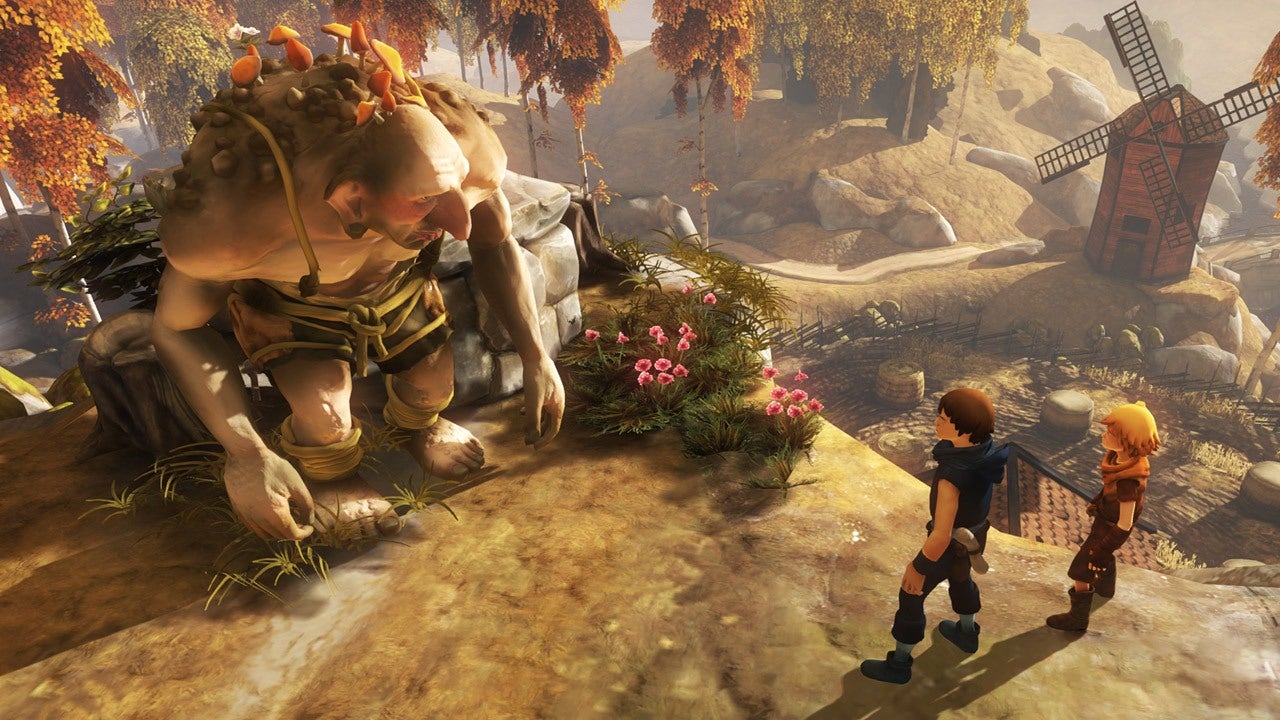 Despite his accomplishments in the film industry, in 2011, Josef decided to try his hand at directing video games. Brothers: A Tale of Two Sons was his first project. Brothers was received favourably by both critics and the audience upon its release in 2013. Telling an intimate story of two brothers on a quest to save their dying father.

For a downloadable title of this nature to not only be praised highly but also be scored highly was quite rare back then. It even won over 50 awards including D.I.C.E and BAFTA. Around this time many outlets seemed to have some weird fear of praising a game too highly, simply because it was downloadable. When IGN said that Brothers “might be the best downloadable title since Journey”, that should tell you all you need to know. For some reason, downloadable games had to be lumped together and compared with other downloadable games. As if they were lesser in some way, and so couldn’t compete with ‘AAA’ gaming. Luckily times have changed, but the fact that Brothers could stand out in that environment is a testament to the talents of Josef and the rest of the team at Starbreeze Studios.

The Foundation Of Hazelight Studio

After finding success in the video game industry, Josef decided that he liked video games so much that, in 2014, he founded his own studio. Hazelight. Comprised of the core team that made, Brothers: A Tale of Two Sons, with a real dedication and commitment to the creation of story-driven games.

Hazelight’s first game, A Way Out, released earlier this year on 23rd March and surpassed sales expectations. Wildly. In just over two weeks, A Way Out had sold over a million copies. Reaching the one million mark isn’t incredible just because, A Way Out is a smaller title, or because it relied so heavily on co-op. It’s incredible because, in an unprecedented consumer-friendly move (not just for EA, but for games in general), A Way Out utilised a ‘Friend Pass’. This meant that only one person had to buy a copy of the co-op centric game, whilst the other could download the ‘Friend Pass’ version. Allowing them access to the game as long as they were playing with a friend that had actually bought the game, thus cutting potential sales in half.

While I think that, A Way Out deserves all of the success it has received thus far; I don’t think it could have achieved it without, Josef Fares. Without a mouthpiece as honest and expressive as Josef, I think, A Way Out may have just sold adequately. This isn’t to say that the game would’ve flopped without the unique marketing talents of Josef, rather that Josef’s unique personality helped to push, A Way Out into the spotlight.

Josef’s infamous “F*ck the Oscars” speech at the Game Awards most definitely helped gain exposure for the game. Not just because it was an outlandish speech, or that it was funny to see, Geoff Keighley desperately search for a way out of the conversation, but Josef was funny. He was genuine. People wanted to know more about him and his game. There was also an influx of article about the speech the next day. Free advertising on almost every major gaming news website.

A Way Out has been such a great success for Hazelight, that the studio is expanding and moving into a new space. Josef’s success shows no signs of slowing down, and I for one, cannot wait to see what he and his team come up with next. Make no mistake about it ladies and gents; Josef Fares is on the rise.

A Way Out PS4 Review